In the week of the 12th of September, the introduction week of our junior training started for graduates to become developers or consultants in the Microsoft Dynamics 365 Business Central world.

It was again a good week where these juniors all learned a lot regarding business processes in Business Central and in general as well and where we also could share a lot of practical experiences. In the training all subjects had a number of assignments to become familiar with BC more quickly and to be able to follow the processes better.

During the week the juniors created their own master data and based to this they had to execute purchase, inventory, sales and warehouse processes and of course to check the created historical data in the background. Beside the assignments several challenges passed the training. The juniors ended the week with presentations and demos in which the focus was on untreated functionality in BC.

The atmosphere was good this week in which hard work was done and there was time for cooperation and sometimes a joke. The group was a mix of people with different backgrounds (philosophy, Japanese, Political Science, IT and technical business administration). We ended up with a positive vibe, but tired and satisfied and looking forward to the weekend to rest but also the next week of the training.

The first day was an introduction day, in which the general transaction structure of Business Central was discussed. The second day was dedicated to the implementation of the financial system. Following days, the daily, monthly, and annual financial processes were successively reviewed, as well in Business Central as in theory.

We concluded the training with reporting and remaining topics.

Every day an assignment was given. And unlike other years, from day 3 we had a continuous case, which consists of two parts.

Seen the group with different backgrounds, it was a challenging goal to get everybody to a level that satisfies their need to know financial background and able to apply this into Business Central. The subjects of the training were picked in that sequence that even trainees with no financial background were able to pace the tempo.

At the end of the training everybody was very satisfied in the knowledge they had reached another mile in their Business Central career 😊. 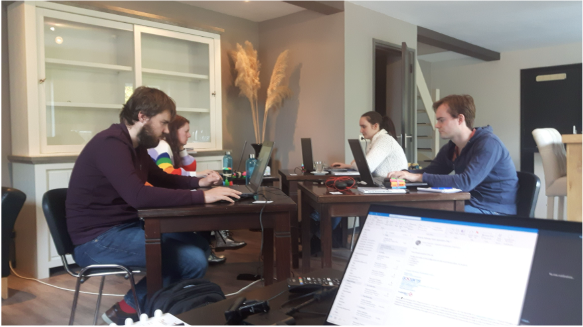 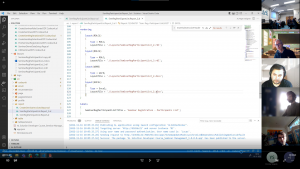 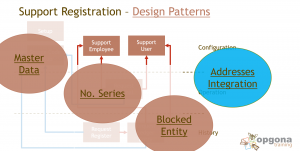